We live in turbulent times, which feeds radical movements and ideas to grow. The exhibition at Royal Academy of Arts presents views from 40 international architects, artist and thinkers about what radical architecture is today.

Rock printing is moving from minimising material use to no use at all. It temporarily binds loose gravel to form stable structures. Computer design and robotic on-site fabrication are used to build structures that are fully reversible and allow repeated re-use. 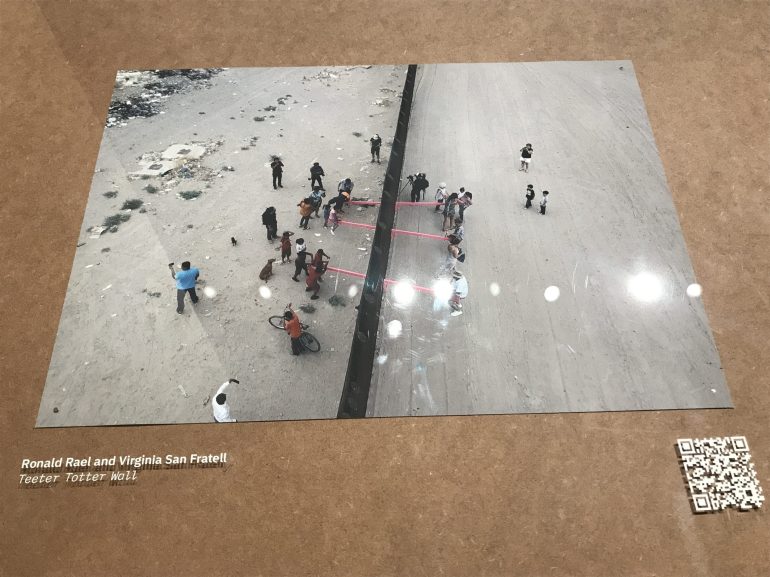 Teeter Totter Wall installation a the the US-Mexico border got a lot media coverage this year with it’s political low cost playful solution. It aimed to build communities and not break them by allowing children from both countries play together through the wall.

Architects should not build walls, but spaces between them. 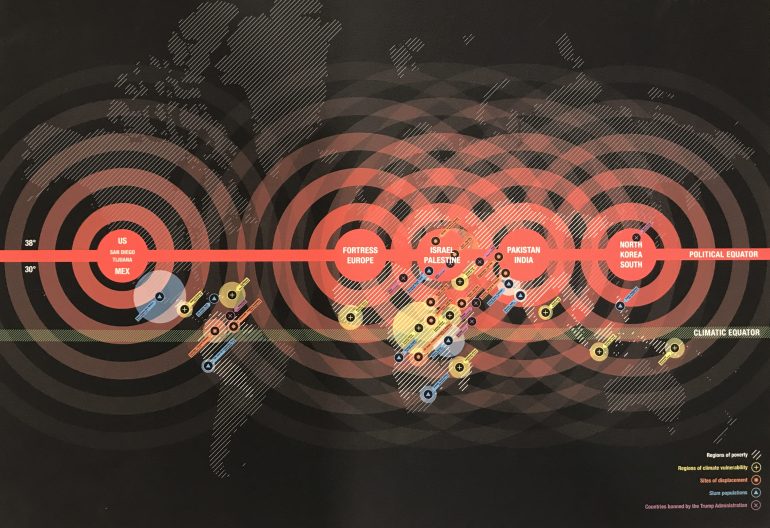 The Political Equator forms a corridor of global conflict intersecting some of the world’s most contested border regions. Therefore, border zones are radical sites for future urban and political creativity.

By Teddy Cruz and Fonna Forman

Future city is more spiritual, equal, open, and natural. The drawing was done during Design Inbada Conference in Cape Town between Dong-Ping Wong and Virgil Abloh (via Skype).

London’s Drowning is about architecture that is no longer about performance. It’s all about care. It takes responsibility and insists ‘no’ to complicity. This architecture knows when to stop building.

Productuve Poplar is about is series of tactics. which reclaim influence for the citizens on areas undergoing change. The aim is to empower existing communities to use their skills to create and socially, environmentally and economically manage a sustainable infrastructure for the future. 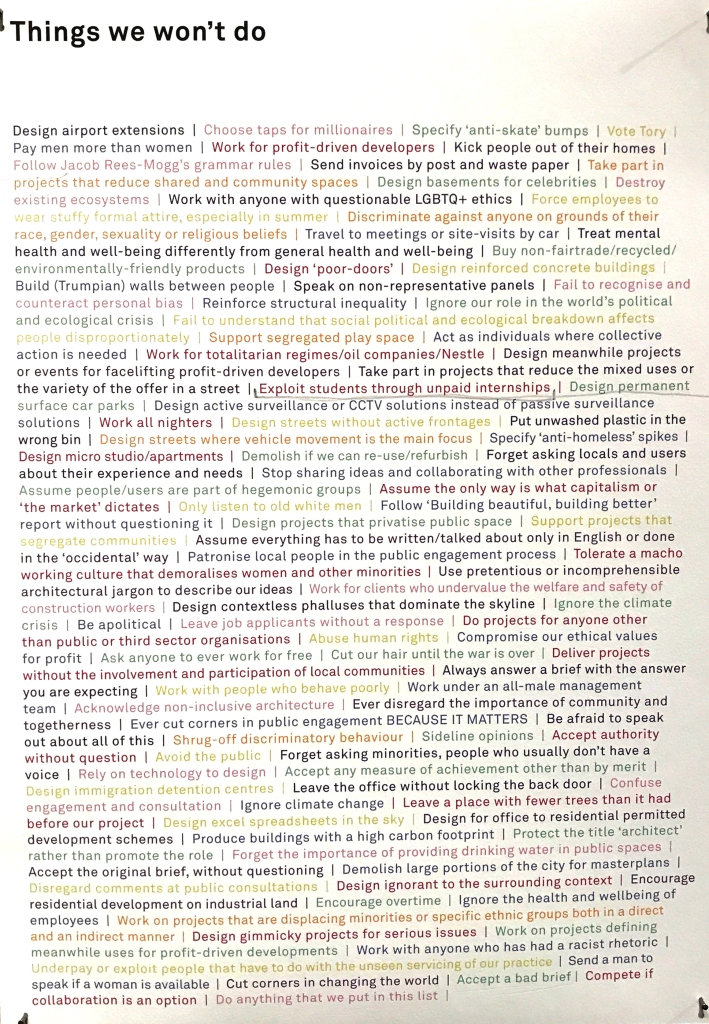 Sometimes is easier to start conversation by saying / agreeing what the future is NOT about.

Things we won’t do by We Made That.