The Garden of Privatised Delights is the 2021 British Pavilion exhibition at la Biennale di Venezia Architecture Exhibition (recreated in London). It calls for new thinking around privately owned public space in cities across the UK.

It was commissioned by the British Council and curated by Madeleine Kessler and Manijeh Verghese of Unscene Architecture. Taking inspiration from Netherlandish artist Hieronymus Bosch’s triptych The Garden of Earthly Delights, the exhibition explores the UK’s privatised public space as a non-binary issue.

Explored the middle ground of Earth between the extremes of Heaven and Hell, the curators suggest privatised public space also sits between two extremes: the utopia of common land and the dystopia of total privatisation.

Five teams of designers reimagined the privatised public spaces as inclusive, immersive experiences. The themes of the exhibition are derived from British culture of pubs, high streets and garden squares. 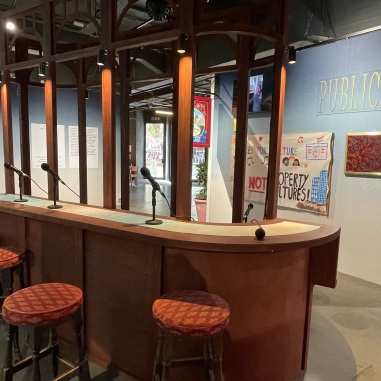 Could the pub be more than a place for drinking and become a versatile centre for civic action? Pubs are facing rapid decline. Communities need to imagine new models of ownership and use. 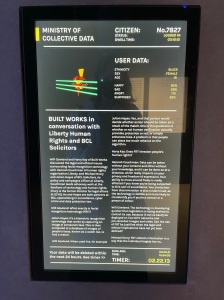 Could the high street go beyond commercial interests to become a place of diverse social exchange? The High Street of Exchanges is an infrastructure of mutuality, care and civic action. 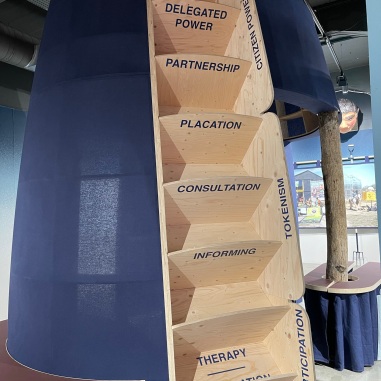 Could we use citizen’s assemblies to develop new strategies for land ownership and use? If land moves away from being a market commodity, it could be reimaged as a resource for the long-term protection of people and the planet. 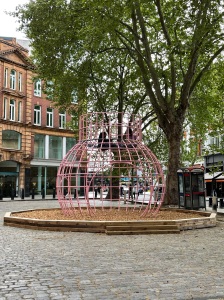 Can we design new spaces in the city for teenagers to occupy on their own terms? A spherical sculpture is alluding to the contradictions of public life faced by this “in-between” age group. 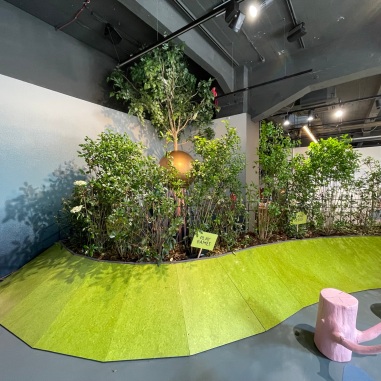 Could we open up and re-programme exclusive garden squares to create more public outdoor space? Providing productive infrastructure to extend its functionality, the garden square could be opened-up to allow more divers users and activities (play, grow, cook, work, meet and contemplate).