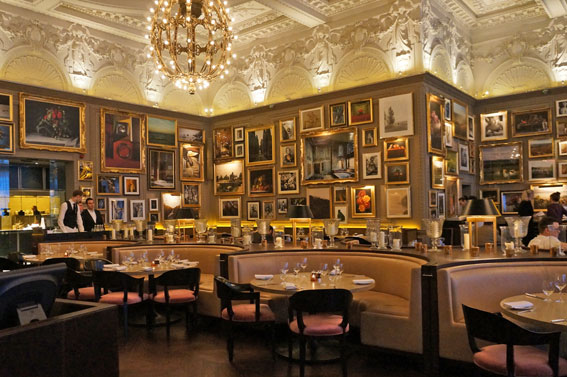 Restaurant Berner’s Tavern is run by the famous chef and restaurateur Jason Atherton offering British food. It has managed to get five star ratings.

What makes Edition Hotel London such a hot topic is the man behind it – hotelier Ian Schrager. Originally the founder of Studio 54, he created the first boutique hotels according to many experts. This is his first hotel in London since 15 years after the iconic Sanderson and St Martins Lane Hotels. 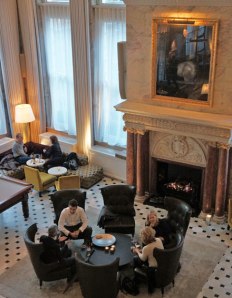 The London Edition is part of the Marriott group. Yet it has been designed to have a distinct London flavour. The building is a Georgian townhouse and it has been restored to it’s former glory.

The location could not be more central, just off Oxford street. It is not a huge building, but enormously high ceilings of the central lobby gives it an authentic grandness factor. The decor is very ‘Downton Abbey’ inspired. Everything is traditionally British style.

All in all  the hotel has managed to get very good reviews so far. However compared to Ian Schrager’s previous hotels Sanderson and St Martins Lane Hotel, which were real talking points full on wow-factor this hotel seems very traditional and unsurprising.

Best thing about it is the warm atmosphere and inviting, generous lobby space.

How to Use Scenarios to Design Post Pandemic Concepts